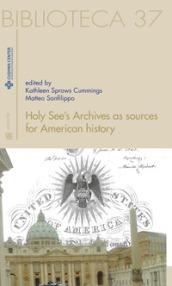 The assessment in Rome of American Catholic Church’s potential and its problems began in the 1880s at the moment when the Holy See was looking for a way to overcome its political marginalization following the capture of Rome on September 20, 1870. In fact, the Vatican was transforming its world-wide religious network into a diplomatic one geared to sustain the international aims of a State that had lost its territory. Moreover, we should not underestimate the migration factor in the Italian Peninsula: the Italian diaspora was growing and Italian members of the Curia were worrying about the future of those who were flowing to the United States and other “Protestant” countries. At the same time, a number of the Vatican diplomats foresaw the shifting religious balance in North America as a result of the increase in Catholic migrants.