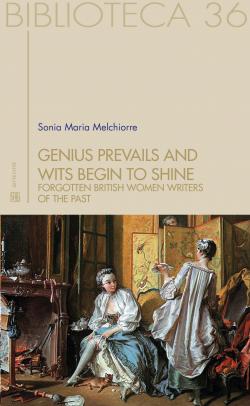 Poststructuralist perspectives have brought about a major shift in our ways of thinking about culture at large. They have demonstrated that criticism can no longer be considered a neutral activity and have helped to understand the dominant representational modes at work in our society. Feminist scholars, in particular, have been protesting against the idea of a “useful” literary canon and its “systematic neglect” of women’s writing, and have demonstrated that the erasure of women writers from the Western literary tradition is not due to “an immutable process of natural selection”. Furthermore, some critics have recently demonstrated how anthologies and histories of literature have largely contributed to the erasure of women writers from the canon. It is this existent vacuum that exhorted feminist critics to repair the apparently “irrevocable disappearance” from the record of eighteenth-century women writers. The Bluestocking ladies have become known to later generations mainly as social reformers. They were in fact the originators of private assemblies in which main entertainment was not as the fashion of the time imposed card-playing, but conversation. During the last thirthy years the “reabilitation” of women writers like the Bluestockings and their many friends, and the reconsideration of their works have contributed to the “reshaping” of the canon as we now know it. At last, their lost contributions, which “helped ceate our world, can become once again part of the living record.”